In this era of concrete jungle a little greenery gives you the feel like oasis.Recently govt of west bengal developed a resort near medinipur city named Rani Siromoni Garh on the land of Karnagarh royal family.
Karnagarh (also written as Karnagar) is a village and a gram panchayat in the Salboni block in the Medinipur Sadar subdivision of the Paschim Medinipur district in the state of West Bengal, India.
Karnagarh fort consisted of about 100 bighas of land, stretching for about 4 miles, that was surrounded by the Parang River. It was about 4 miles north of Midnapore. The inside of the fort was divided into two parts, the andar mahal for the royal family and the sadar mahal for others. The temples of Dandesvara and Mahamaya, the ruling deities of Karnagarh, were located to the south of the fort. Now, hardly anything, other than memory, remains.The Karnagarh family had two other forts nearby – at Abasgarh and Jamdargarh.

As of  now you can book resort and cottage through online mode only.
here is the link for booking which is backed by Medinipur DM Office.
Cottage booking Link: Karnagarh resort booking Cottage booking link
All images captured & copyrighted by ©Chandan Ghosh 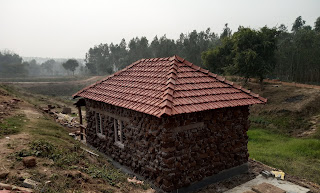 This Eco friendly sustainable cottage is made by local rock and mud roof tiles. 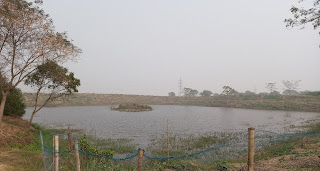 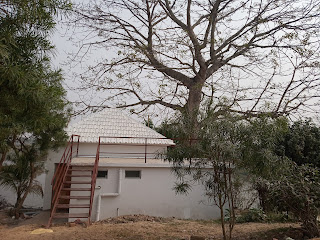 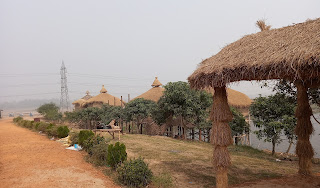 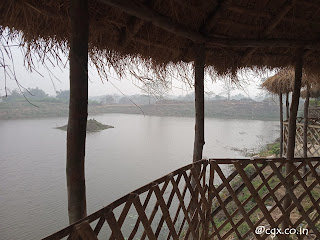 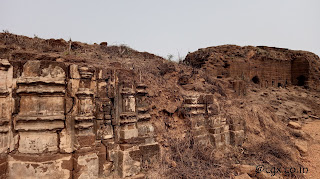 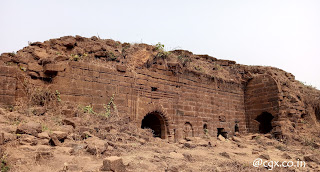 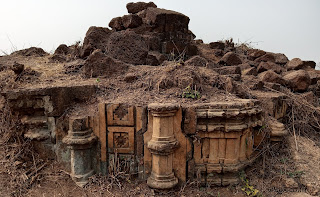 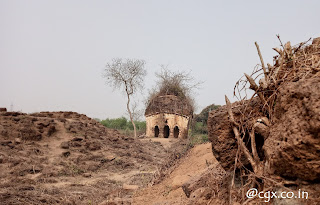 By Chandan December 28, 2020
Karnagarh Temple   Next weekend you can be at ... Karnagarh Karnagarh is a nondescript village just 10 km north of Midnapore town. For those interested in history and architecture, it is the right place to explore. The main attraction is the remnant of a huge stone fort. The core of the structure is gone but parts of the surrounding walls, soldiers’ barracks, temples and water tanks remain. One of the first uprisings against the colonial rulers happened in Karnagarh in April 1798. The episode has gone down in history as chuar vidroho , chuar meaning uncivilised. The local farmers led by Rani Siromoni, who is sometimes referred to as the Laxmibai of Bengal, rose in revolt against
1 comment
Read more

By CGX Vlogs December 31, 2020
Wishing all of you a very happy new year 2021. Ringing in the New Year is a cause for celebration, for spending time with friends and family, and for offering Happy New Year wishes.  Wishing you a spectacular year ahead with lots of cheerful moments. #HappyNewYear to  everyone. May all your dreams comes true in this new year. 2020 was a disaster for so many people.Many people lose their job, business.Hope you are safe and doing a great. Last year was tough. But hope you did great. May this year be wonderful, and hope we'll be able to support the needy  person. Let's make this year great together!  Praying for everyone's happiness. I hope all your endeavors in 2021 are successful. Wave goodbye to the old and embrace the new full of hope, dream, and ambition. Wishing you a happy new year full of happiness! Wishing for a year filled with laughter, success, and peace my dear colleagues. Cheers to a better life and bright future. May yo
Post a Comment
Read more